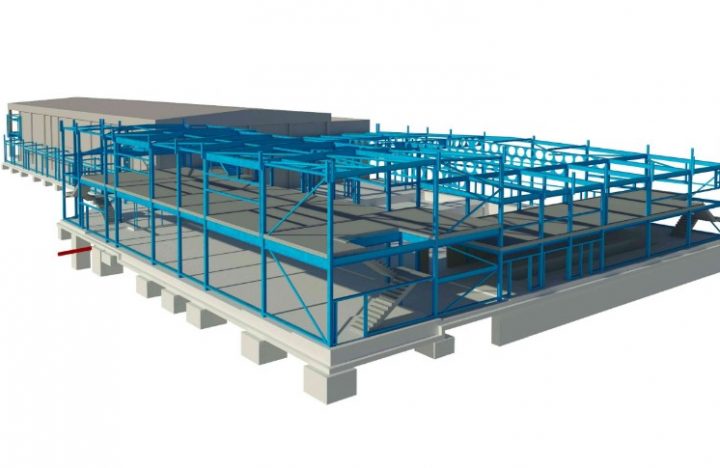 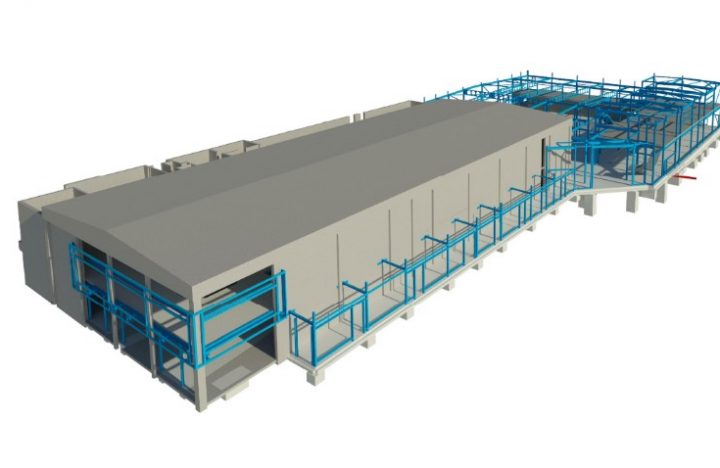 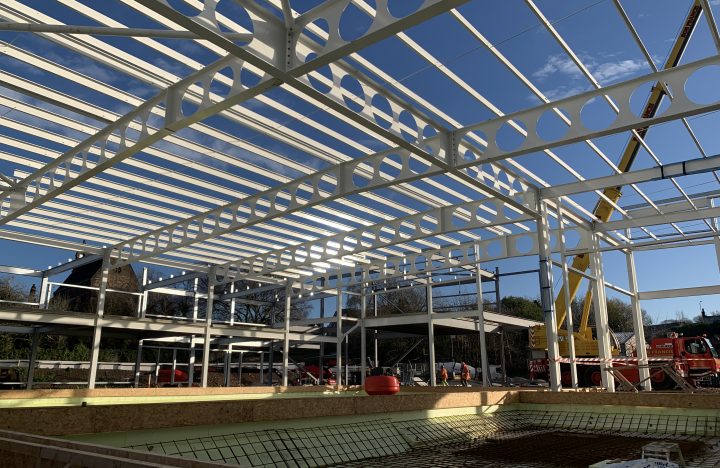 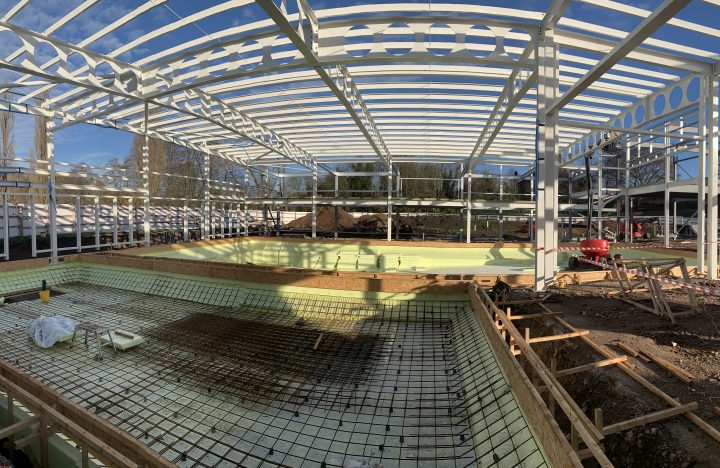 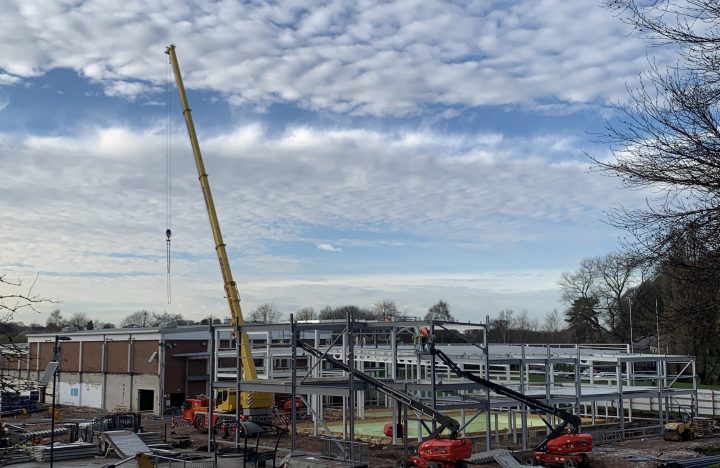 A retrofit and extension to the existing Leisure Centre in Congleton, Cheshire. Long-span steel and feature staircases are prominent features of this project.

Davies Maguire has been appointed by Pulse Design & Build to provide Civil and Structural engineering services to the retrofit and extension of Congleton Leisure Centre. The works include a new steel-framed extension housing studios and a swimming pool, internal alterations to allow for a sleek modern mixed-use sports hall space with gym and spin studio facilities and Sustainable Urban Drainage and attenuation systems. A new feature staircase forms the centre of the proposed internal works.

For the Civils portion of the project the hierarchy of surface water disposal, as stated in the Planning Practice Guidance, has been followed to determine the drainage strategy for the new building. Surface water runoff from the new roof and new external impermeable areas will be restricted to greenfield rates as agreed with the Local Planning Authority to ensure flood risk is not increased within the site or elsewhere.

Sustainable drainage systems have been included within the site to attenuate surface water prior to a controlled discharge to the public sewer around the site, which is done via below ground cellular crates.

Structurally, in the new extension to the sports hall there are long spans to allow for multiple pools to be installed. The architectural intent is to have steel beams, and in order to achieve the desired spans whilst keeping material weights down, cellular beams were used. These reduce material usage compared to a normal rolled section and has multiple environmental and cost savings as the foundations can be reduced in size.

Within the internal retrofit, a new feature staircase has been proposed acting as a focal point in the new entrance space. The internal works include the creation of a large open plan first floor gym space, whilst re-utilising as much of the existing structure where possible, looking to reduce waste on site. 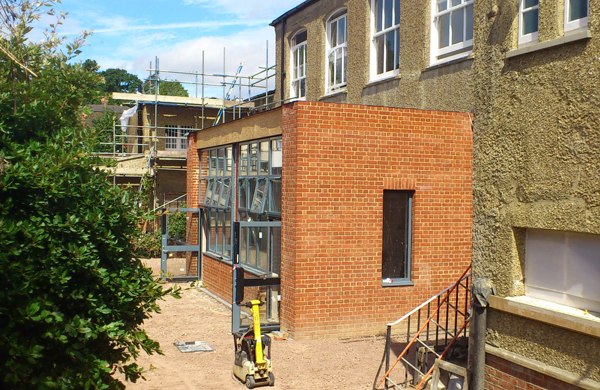 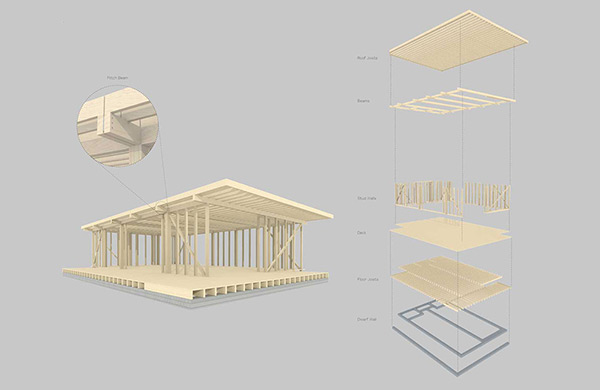 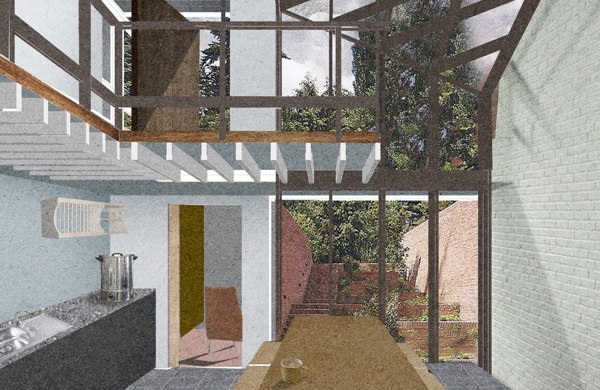