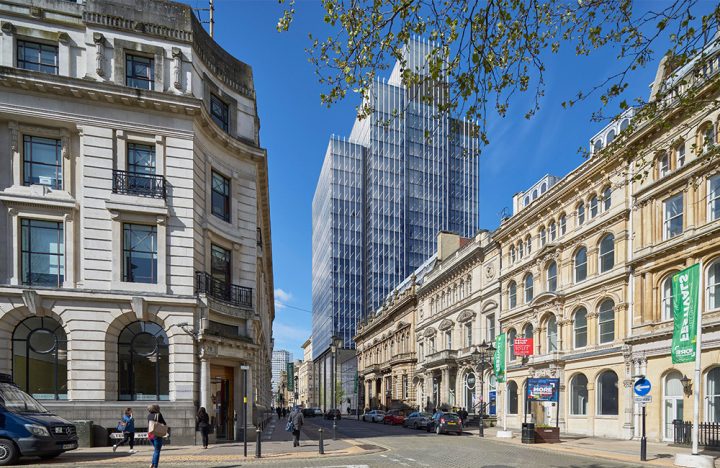 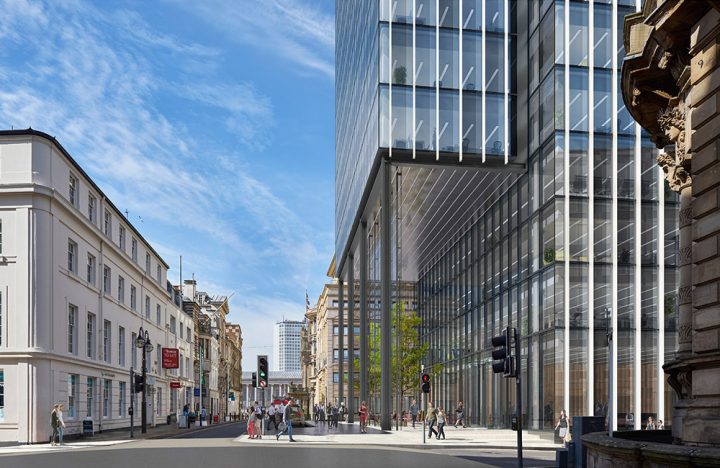 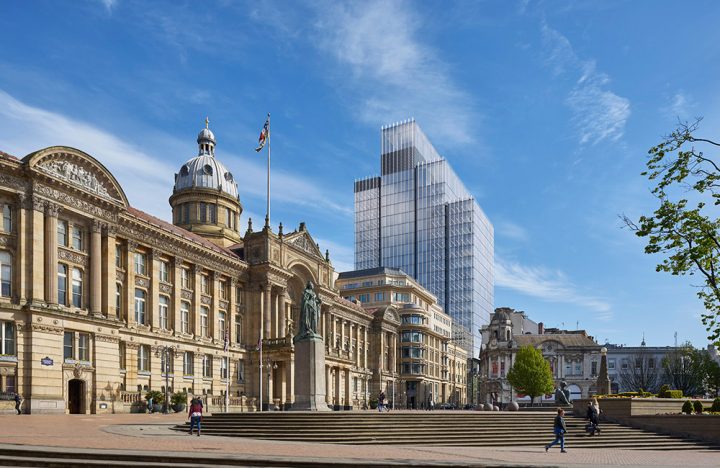 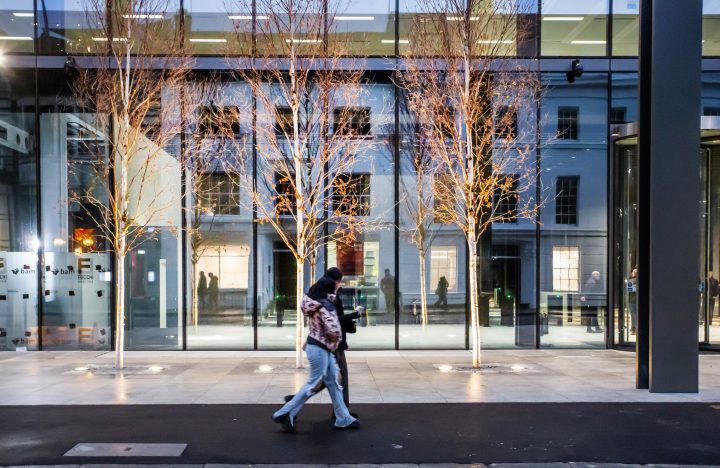 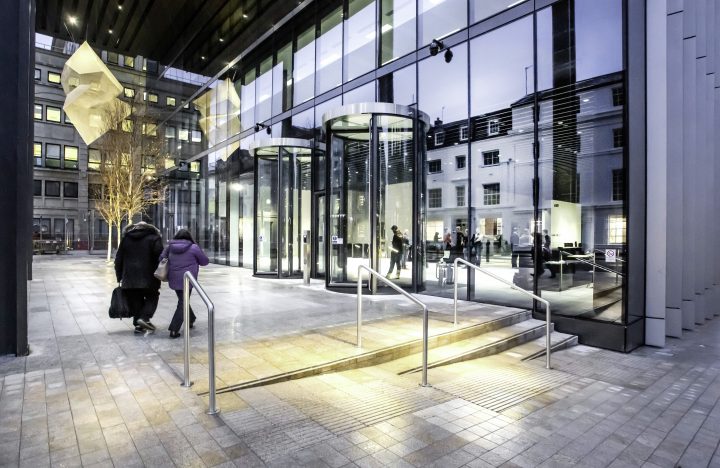 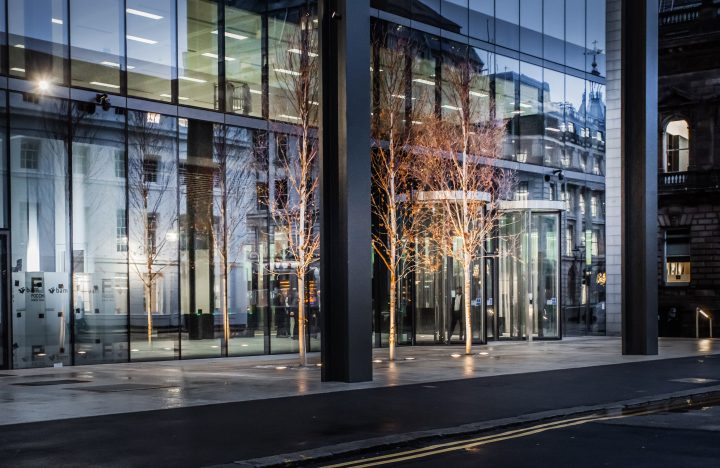 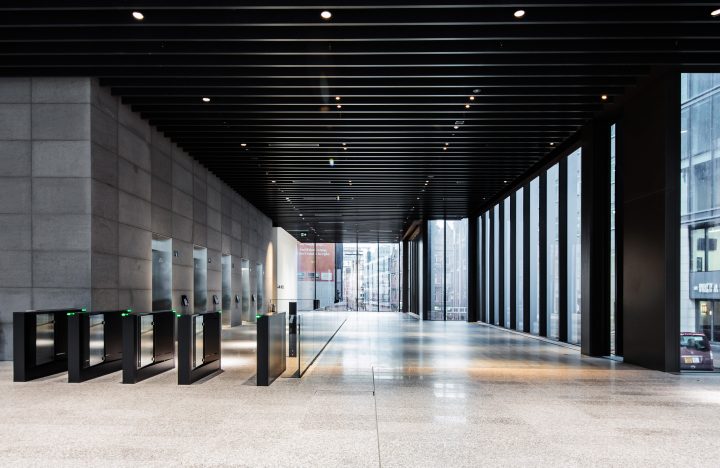 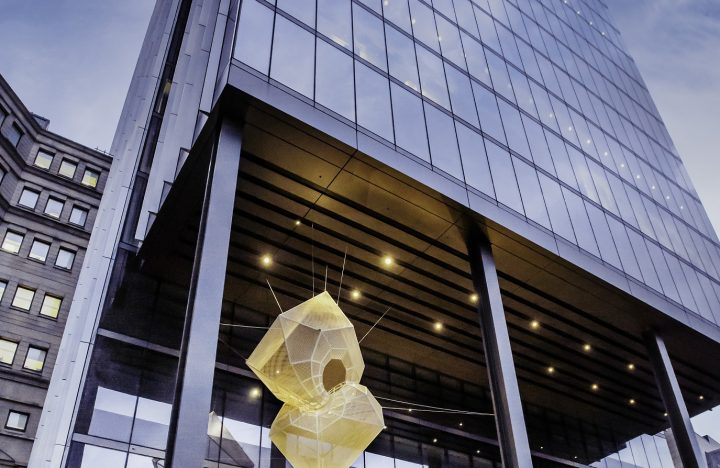 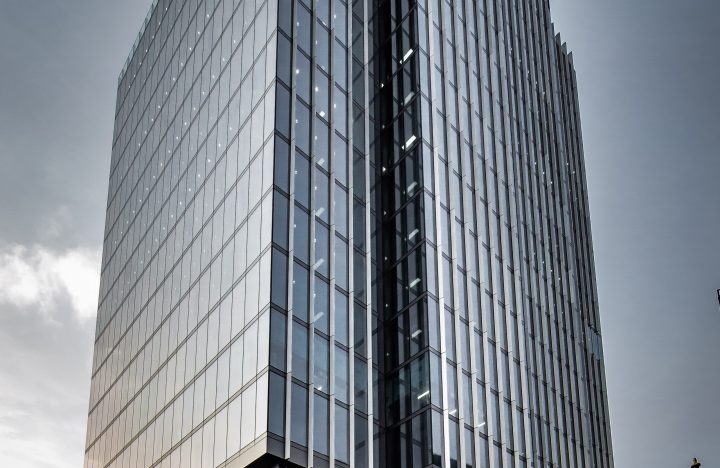 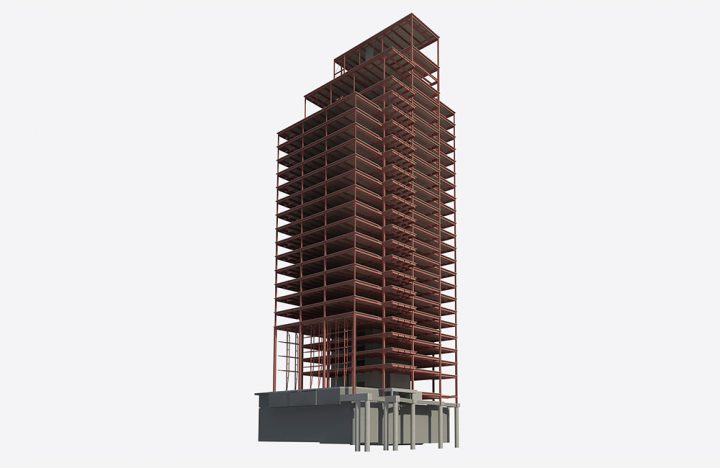 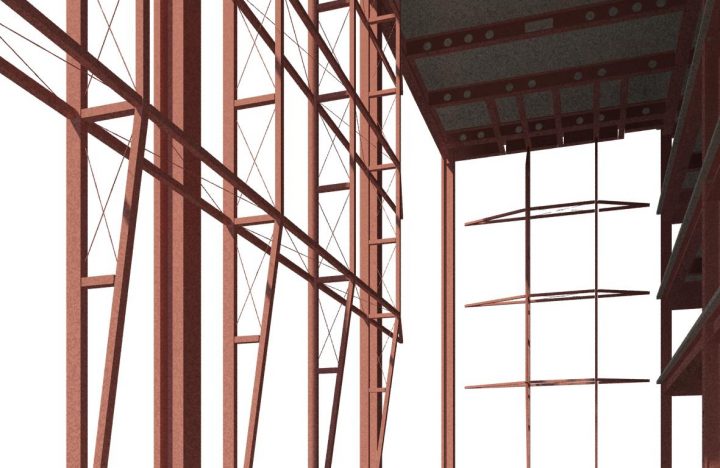 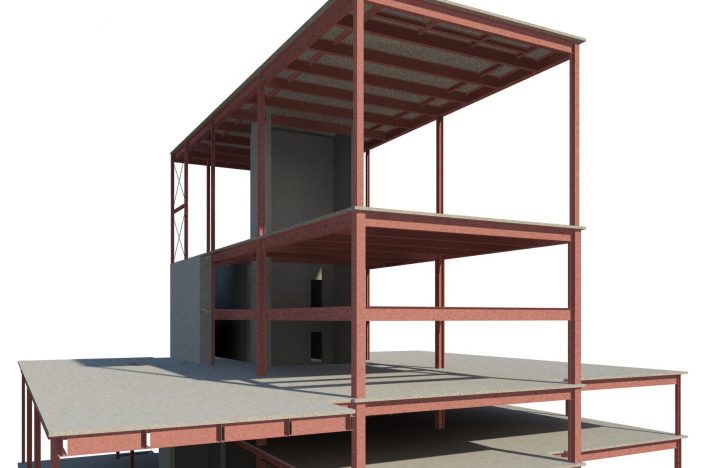 An existing 1970s structure is to be demolished to ground floor level and replaced with a new 26 storey office tower with over 20,000 sq m of Grade A office space. It will be the tallest UK office building outside London.

The tower will reuse the existing four-storey basement and foundations to minimise the cost of substructure works. The weight of the proposed structure is distributed by a series of concrete transfer walls between ground and B4 level to the existing foundations were possible. Where the columns land outside the existing basement, piles will be used.

A new steel frame will be constructed around a full height concrete core that creates an efficient layout throughout the height of the structure, and fully integrates building services and lift shafts.

To maximise office space, the floor plate will step out over Barton Passage at the rear of the site. Large transfer members are therefore required to take the load back into the columns, which are stepped back from the edge of the façade. The result will be a striking new architectural feature for the Birmingham skyline and includes features such as a winter garden, ground floor café units and a restaurant on the top floor with 360 degree views over the city centre. 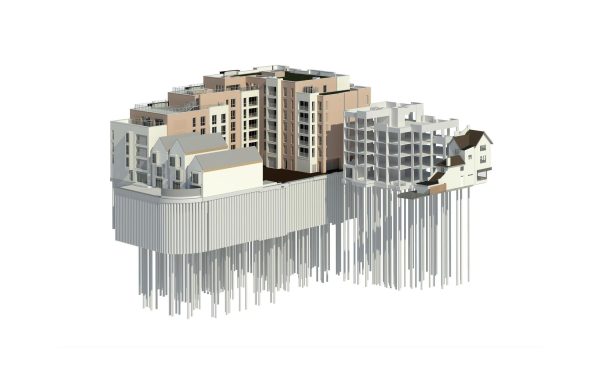 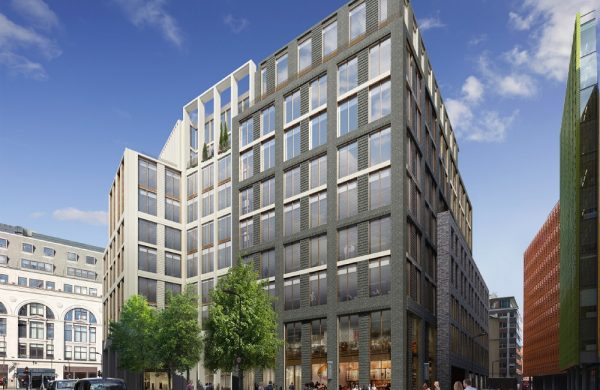 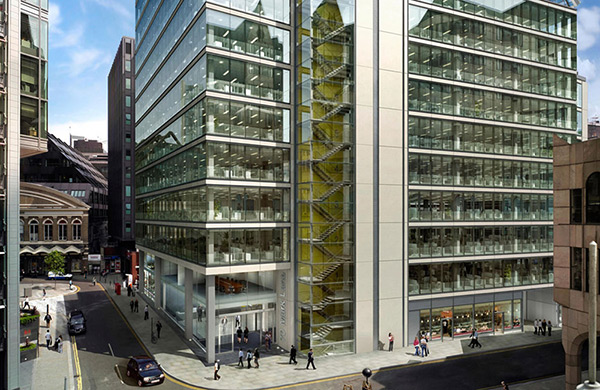