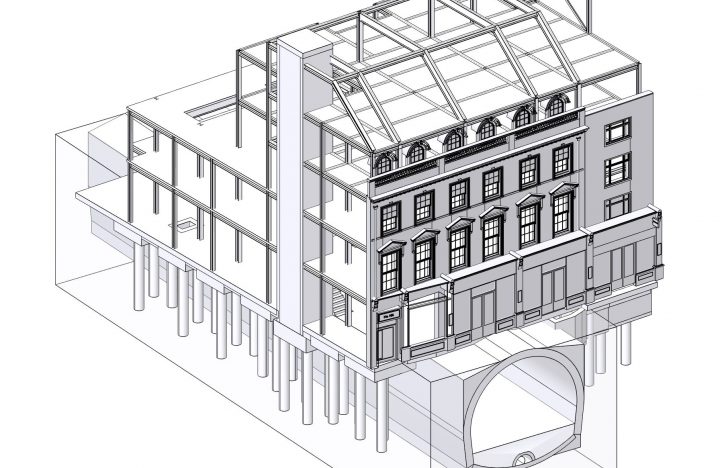 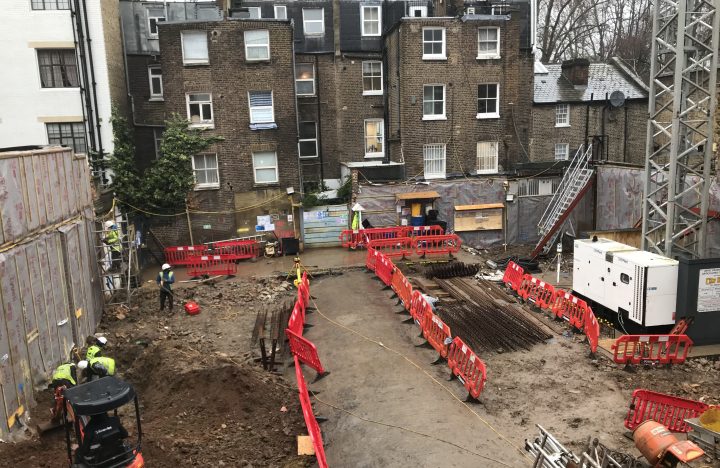 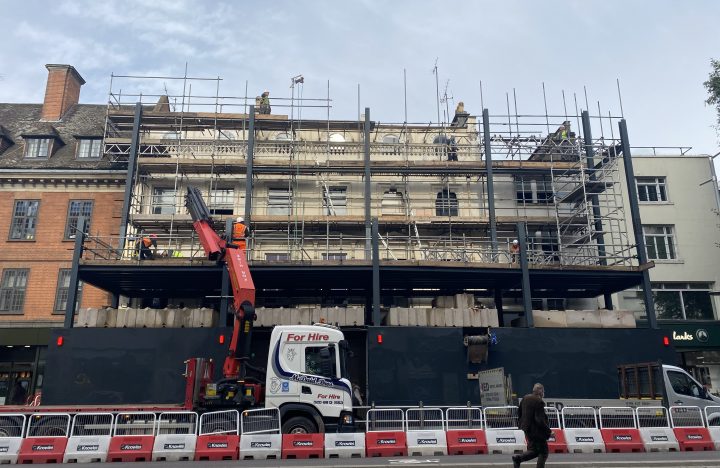 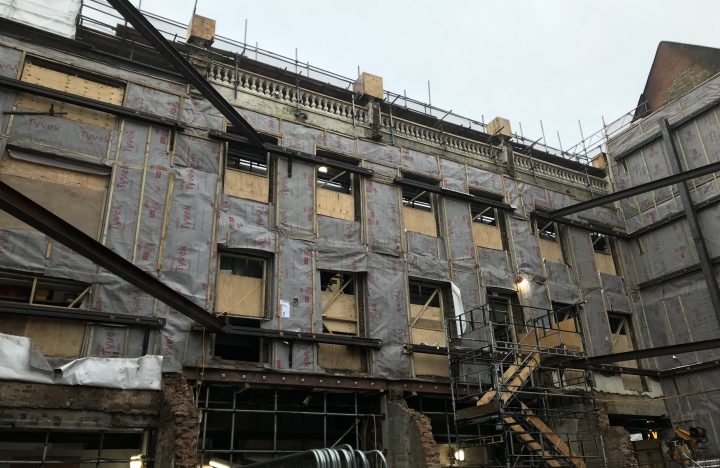 A mixed-use building on Kensington High Street. In order to maximise the site, the client wishes to demolish the structure and rebuild to increased extents. This is complicated by the Circle line tunnel, which runs through the site and lies only 80mm beneath the finished surface level of the shops.

The site is an existing run of 4 retail buildings, with a mix of office, residential and entertainment use above.  The existing buildings were built after the tube line, which was constructed from masonry in a cut and cover method. The finished building will reveal little of the complications with construction, and the structural gymnastics which have had to take place behind the façade.

The existing buildings had signs of deterioration and movement associated with the foundations sitting on the tunnel below and on poor quality fill either side of the tunnel. The proposed works will still sit on the tunnel in some areas, replacing the existing load, and are supported on piled foundations either side. We worked closely with the architect to ensure level thresholds could be achieved from the pavement to the new retailers, which required the tunnel to be spanned at higher levels with long composite steel beams. This created a deeper structure in some office areas. With the client and design team we ensured this wouldn’t limit the lettable space by integrating the services and exposing structure where beneficial.

We modelled the tunnel with finite element analysis in order to review the effects of the construction sequence and piling. This had its own challenges, given the limited information available on the construction. The asset holders were kept in close communication throughout the planning and construction stages, to ensure our decisions were acceptable to them.

Construction sequence is also a challenge, as there is limited access to the site and load has to be maintained on the tunnel throughout to prevent heave and movement. We also have to ensure the tunnel is not overloaded, for example with heavy construction equipment. In addition, the front facade is to be retained with a temporary steel frame throughout and party walls were propped on one side. This could lead to congested working on site and difficult manoeuvring. We worked together with contractors from an early stage, to ensure our proposals were feasible and economic and to integrate temporary works into the final design where possible. 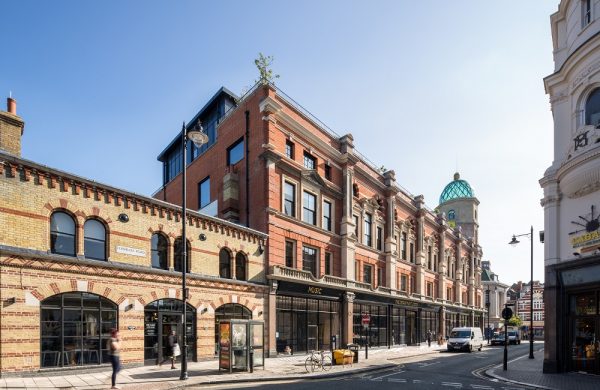 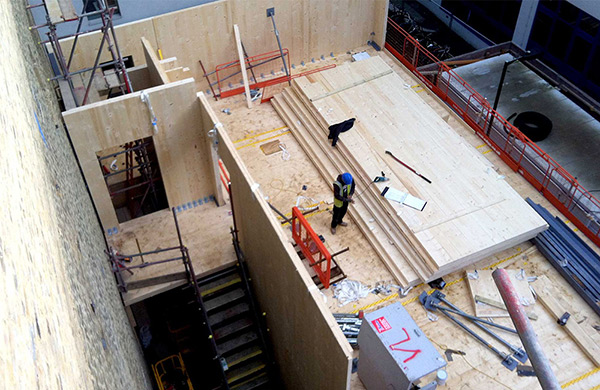 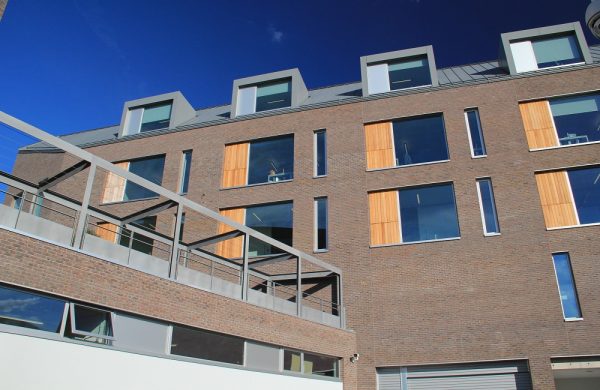